Did you say "Hoe Phase" 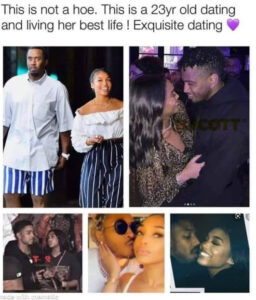 A few days ago, Lori Harvey announced her romantic relationship with People magazine's sexiest man alive, Michael B. Jordan and the internet went OWF! There have been mixed comments/reviews about what the beautiful twenty something year old is up to now. I was honestly lost as to why the name Lori Harvey was becoming a viral word. So you know me, I started asking around and researching thinking I would find out some juicy stuff. Imagine my surprise when I found out that she was being talked about so much because she has had romantic relationships with a few guys over the past 2-3 years. I am thinking…. really?! We out here making dating while single a major topic in life? If people do not leave that lady alone! I get it, she is a public figure (model) however, she is a single young woman with wants, needs and desires. So who are we to give a damn?

You know I have been seeing this thing floating around in a few Facebook groups and on Instagram, people talking about a “hoe” phase. There have been mixed conversations about this phrase and thus far I have refused to chime in on them. Simply put, what someone may call a “hoe” phase, I call living life! Can we really place a label on what someone does with their body? So long as what you are doing is of your choice, ENJOY! And let us be honest, just because you see people out together does not always mean they are having sex. If we paid more attention to ourselves, we would be so much happier and full. 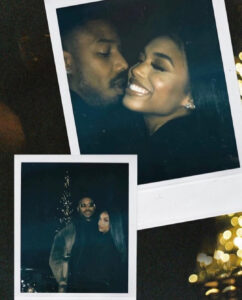 Take five minutes to think back to when you were between the ages of 18-25. How much dating did you do? What were some of the fun things you did that you were like, “Phew Lawd, what was I thinking”? Now imagine if the entire world watched you do those things AANNNDDD they talked about it publicly. Or what if we all grew up in this technology era with the amount of foolery we did as young people? I could NEVA!

One of the reactions I saw came from a known, female, comedian that I’ll paraphrase. She basically said that there is nothing wrong with this 23-year-old enjoying the dating life and that people need to leave her alone. I totally agree! Now when she said the next thing, she completely lost me. She went on to say that for all the 40+ people saying that they would do the same, they need to stop. She proceeds to say that at 40+, you are too old to be out here dating and you should be trying to (or already) settle down somewhere. I, for one, am not a fan of telling people where they “should” be in life at a certain age. We all have different beginnings and paths that we want in life.

There are some people who have been with their significant other since high school, married them right out of high school, had children and are content. Then there are some who had a child young, did not stay with their partner and have chosen to not make any new commitments until later in life. And then there are those who have decided that dating makes them happiest than being committed to one person and they live happily single. Honestly, it is not up to us to sit outside of someone’s glass house and try to figure out what they should be doing, who they should be doing or where they should be in their life at a specific age. To be honest, just like children are not born with a “how to manual”, there is not one on how to grow up and "be". The amazing thing is there are people, such as me, that are dedicated to guiding people to walking on the path that they want, need and desire in their life.